The North African coast is 300 kilometers away from Crete and the city of Athens is at a distance of 250 kilometers. The island is surrounded by the Aegean Sea in the north and the Libyan Sea in the south. Only the island of Gavdos lies further south and is also a part of Crete. Because of its strategic location, Crete has been through the centuries an important junction of routes. It is situated between Asia, Africa and Europe and this location has marked the history of the island. Crete is home to approximately 600,000 inhabitants. The capital, Heraklion has about 120,000 inhabitants.

Nature is very rich and varied and Crete is also full of many cultural and historical sites. Crete is a mountainous island. The two highest mountain ranges are found in the west of the island, namely the Lefka Ori (White Mountains), with the highest point Pachnes, at 2453 m altitude and Idi or Psiloritis with the highest point at Timios Stavros which is more than 2456 meters high. Crete is renowned for its many canyons that run through the various mountain ranges and many of which are well worth the walk. Crete has several high and low plains. The largest plateau is the Lassithi plateau at over 850 meters with fertile farmland. The plain of Messara is also called the breadbasket of Crete. In the eastern part of the island you will find mainly hills and mountain ranges and at the direction of Palekastro it will be a much flatter landscape.

Tourism is more developed in the east. The hilly coast in the north has many beaches which are a number of resorts in a row. In addition to sandy beaches, pebble beaches can also be found. The number of sunny days per year is an average of 300. Rain will not fall much, on average, only 617 millimeters. Tourism is the main source of income in Crete, followed by agriculture and livestock. Sheep and goats climb the hills and slopes of the mountains. There is no large-scale industry there.

There are about 6,000 species of flowers and plants than can be found throughout Greece. Two thousand different species are on Crete, where more than 150 species are endemic. Spring is the perfect time to see all the flora in all its splendor. The fauna of Crete does not differ much from that of the mainland. There is an increasingly rare type of mountain goat that lives only in Crete and is known as Agrimi or Kri-Kri. Unique species of Crete are also found here such as the Cretan spine mouse, the wildcat and the badger. There are also lots of other animals like bats, weasels, hedgehogs and martens. You can also find several species of snakes and scorpions. Of course you can also see lizards and geckos. On the beaches of western Crete the Mediterranean sea turtle finds shelter and there are also tortoises that can be found in swamps and rivers on Crete as well as sea turtles. Cicada is a kind of cricket that you will hear throughout the day. He is recognized by a very penetrating sound. Of course there are many other insects such as crickets, mosquitoes, locusts and you can also find beetles.

Unfortunately, the waters around Crete are not well filled with fish. Frequent fishing has as a result the shrinking of the fish population. In several taverns they are still serving fish, especially swordfish, mackerel, sardines and octopus. Also barbell is on the menu, as well as squid. Crete has many bird species, both native and migratory birds. Raptors make their rounds high above Crete, chasing their prey. Others included are buzzards, eagles and vultures. In particular, the lammergeyer (bearded vulture) is an impressive sight. Along the coast, various birds find shelter like the avocet, the marsh harrier and the egret while at the rugged rocky areas you can see the rock sticker. In the field, the Rüpells warbler can be found. 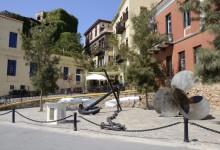 Booking flights and hotels separately has become very popular between travelers lately. But if you […] 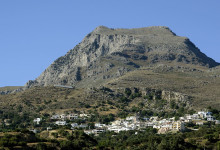 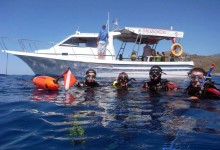 Diving or snorkeling in Crete

Crete is an excellent island for walking. The south is very suitable, especially because of […] 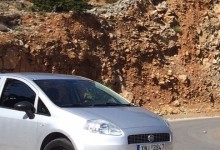 There are many  car hire firms in Crete, most of them with very good reputation, […] 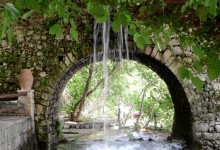 We organize riding lessons for children and for adults, either you are a beginner or […] 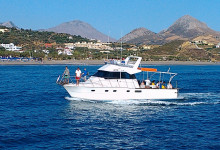 Plakias can offer you a unique experience from the boat. You can discover the south […] 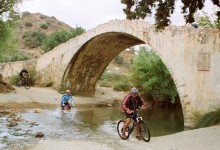 From the southern foothills of the Mount Ida near the village of Gerakari, known for […] 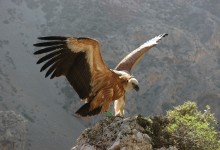 A beautiful tour of 8 kilometers for lovers of nature! Our walk will start at […] 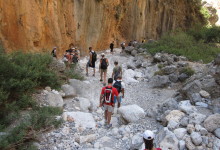 This easily accessible gorge offers an alternative, during the spring and autumn, when the Samaria […] 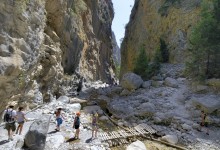 Impressive nature with unique flora and fauna, the up to 600 meter high steep sides […]