Albatros nestles amongst the olive groves at the beginning of the village of Plakias and has a wonderful view across the Libyan sea. 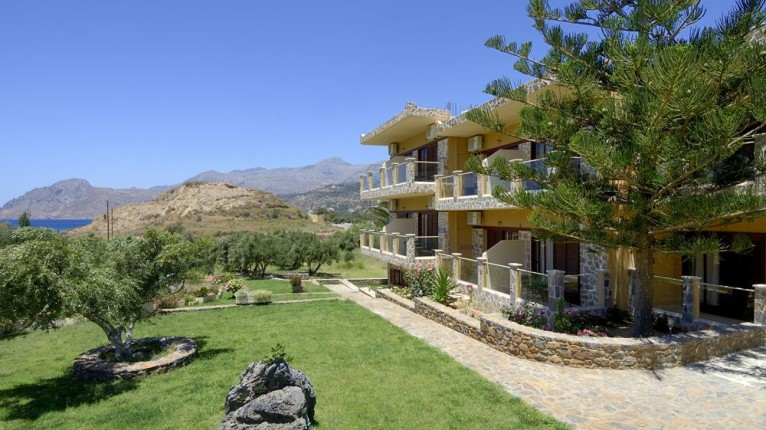 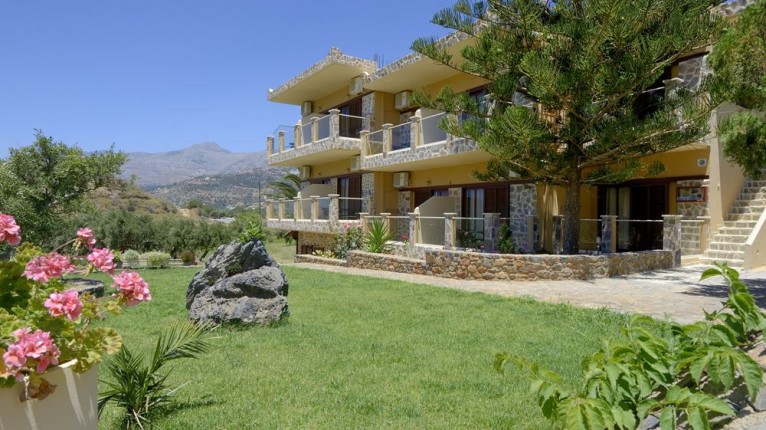 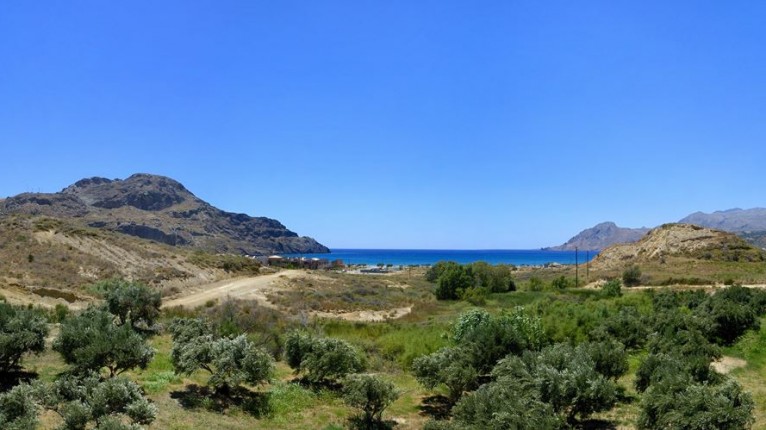 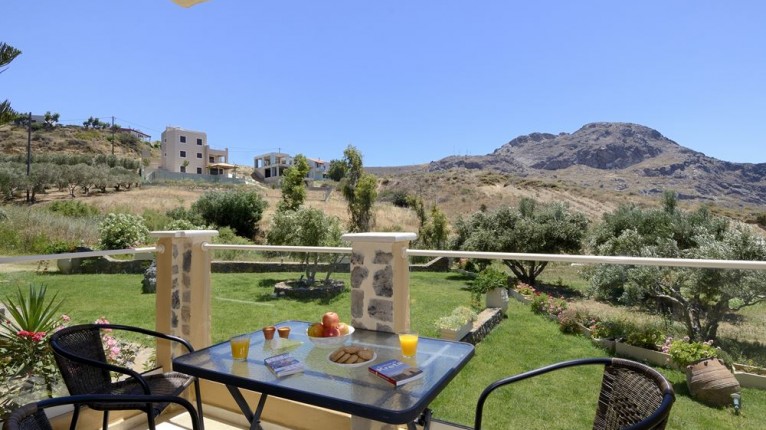 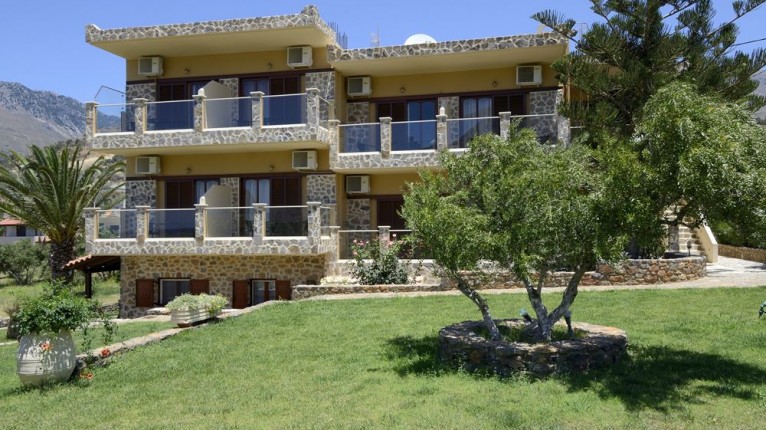 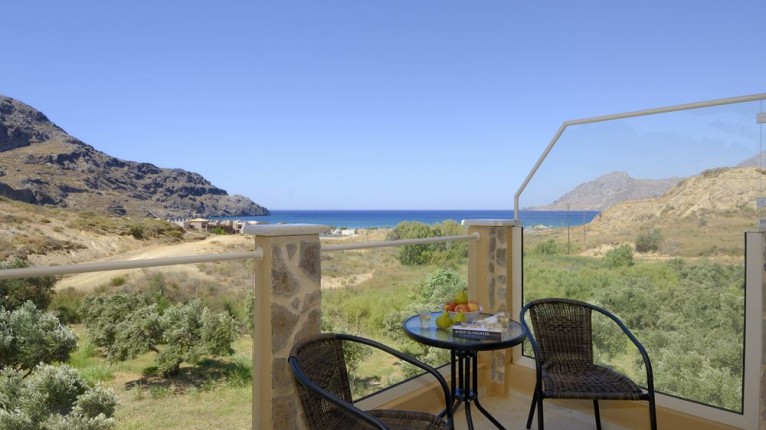 On the ground floor is Type A apartment which sleeps two to four people.  The separate bedroom has a double bed and a balcony. The third and fourth person can be accommodated on the double sofa bed located in the open plan living area which also incorporates a kitchen with breakfast bar with high stools providing dining space.  Adjoining the living room is a spacious, furnished balcony overlooking the garden with the sea visible in the distance.  The bathroom has a shower and toilet.

Also on the ground floor at the side of the house is Apartment Type B and this too is suitable for two to four persons.  An archway leads to the sleeping area which has a double bed and the double sofa bed in the sitting area can be opened to accommodate a third and fourth person.  There are 2 bathrooms both with shower and toilet.  The furnished terrace, which is at the same level as the garden, stretches the entire width of the apartment and can be accessed both from the sleeping areas and the living room.  A pathway from the garden leads to the sea which is only a short distance away.

On the first floor there are two modern studios, each with two single beds, kitchenette and bathroom with shower and toilet. From the furnished balconies they have garden and partial sea view.

All room types have air conditioning which is payable locally and they each have a television and free wireless internet.  Cleaning and towel change is three times per week whilst bed linen is changed twice a week.

The distance to the centre of Plakias is 350 meters and the sea is at a distance of 200 meters.